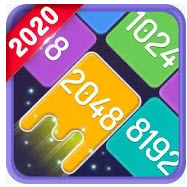 Block Shooter is a new puzzle game where you have to shoot blocks of the same number. When two identical blocks touch with each other, they will form another block with double the number. The concept is similar to Stack the Numbers and many other 2048 games.

Because of the way Block Shooter has been promoted via other “money” games, thousands of people are now playing the game in hopes to reach $100 and cash out via PayPal.

You landed here because you are probably wondering if the payout is real or fake. Is Block Shooter a scam or a legit game?

Tired of apps that don’t pay? Check out the step-by-step program that helped me reach $1,600 per month and quit my job in 2019.

How Does Block Shooter Work?

Block Shooter is available for free on the Google Play store. There is no need to register or give any permission to start playing the game.

How to Play Block Shooter

When you launch the game, you will see a black screen and two blocks at the bottom. The bigger block in the center is the one ready to shoot and the smaller block is the one you will shoot next. 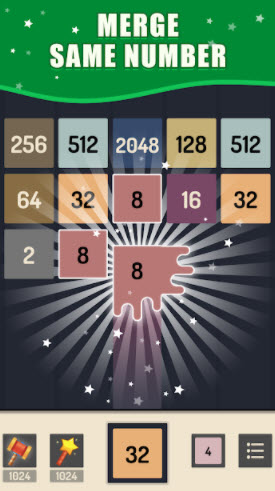 All you have to do is tap the screen to shoot the block from the bottom to the top. Your job is to collide blocks of the same number so they become a block of a bigger number. The cool thing about Block Shooter is that similar blocks can also merge horizontally.

Whenever two blocks merge, the sum of their numbers will be accumulated in your coin balance. For example, two blocks n. 8 will give you 16 coins.

You can use coins to buy props such as the Remove or Upgrade tool.

From time to time, Block Shooter will give you virtual cash after watching a video ad. However, if you click on your cash balance, you will discover that you need $100 to cash out.

As expected, the frequency and amount of cash will decrease over time. To give you an idea, one person said he had to endure hundreds of before he reached $100.

Unfortunately, many people report getting stuck at $99.98 and never get the chance to cash out.

If you reach $100 and press the cash out button, Block Shooter will come up with more requirements to make your life harder.

Many people said that the game asked them to be active for another 30 days, and collect 30 red envelopes.  However, users report they didn’t receive any envelopes despite playing for another week!

Is Block Shooter Legit? Does it Pay?

I cannot claim Block Shooter is a scam without proof, but you should not expect to receive $100.

The company is generating revenue every time you watch a video. However, it’s not near enough to cover your $100 payment plus the operational costs, let alone make profits!

So, they will either stop giving you cash rewards or come up with this crazy requirement to collect 30 envelopes. It’s hopeless!

In this blog, I have reviewed an insane number of games that are just using the cash incentive as a carrot on a stick. Lots of people bite the bait and keep playing these game for a very long time just to have the chance to cash out.

The result? They end up watching hundreds of ads, which only benefits the app developer.

Block Shooter is a nice game, but I believe it’s causing a lot of frustration as people cannot cash out. You will end up watching lots of ads in return for virtual dollars that have no real-world value. It’s not a fair trade!

The reality is that no app company is obligated to convert virtual currency or tokens to real money. That’s why they can

The good thing about Block Shooter is that they are not showing lots of ads compared to other games. If you just want to play it for fun, you can skip the video ad and just enjoy the game.

Is There an Alternative to Block Shooter?

I am not aware of any similar game that is processing payments. There are only a few games that pay out via Crypto, but it takes months of gameplay to earn a measly $1. Don’t bother!

The best way to earn a fair amount of money by playing mobile games is to complete app offers via GPT sites. It’s possible to make $100, but it takes time as you will have to install and try several games. If you are willing to do that, give preference to reputable GPT sites. This is the #1 GPT choice!

If you want to generate $1,000s per month on the side, I suggest building your own online business. By creating valuable content to the internet, you can generate revenue by promoting products as an affiliate or by placing ads.

Thanks to this excellent step-by-step training, I created an affiliate site that ranks on the top Google positions and attracts visitors from all over the world. As a result, I can work independently from home and reap the benefits of time and location freedom.

With proper training, support, and mindset, you can reach your goals too!

We want to hear your valuable opinion about Block Shooter! Did you manage to reach $100 can cash out? Did you get paid? Let us know in the comment section below!

Lucky Woody Puzzle App Review – Is it Legit? Does it Pay?

Hey Everyone! My name is Stefan.

For a long time, I thought I would be stuck in a 9-5 job for the rest of my life.

Luckily, I found the possibility of building an online business that allows me to work whenever and wherever I want!

Click here to discover the exact same training and strategy that I use to make money online and pursue my dreams.

★ TOP RECOMMENDATION: learn how to build your own passive income site that generates $1,600+ per month.

We use cookies to analyse our traffic. We also share information about your use of our site with our advertising and analytics partners. You have the choice to accept or decline all cookies. You can also enable or disable only specific categories of cookies through the cookie settings.

When you visit any web site, it may store or retrieve information on your browser, mostly in the form of cookies. Control your personal Cookie Services here.